“Come, Bhikkhus, you too refrain from eating at night. By doing so, you too will be free from illnesses and difficulties, and you too will enjoy lightness, strength, and a comfortable living.”

However, a group of monks who lived in the city of Kitagiri would not take heed of the Buddha’s advice.  They said that they ate at night and were still free from illnesses and difficulties and were enjoying lightness, strength, and comfortable living. “So, why should we give up a practice that gives us immediate benefits?” they questioned.

Those who listened to this argument failed to convince the rebellious Bhikkhus that their view was wrong, so the concerned monks decided to report the matter to the Buddha.

After hearing the report, the Buddha summoned the rebellious Bhikkhus who admitted to the Buddha that they were in the view that eating at night would not be harmful to them.

The Buddha began his advice by reminding the monks that he had asked them to give up certain practices that would bring them only the immediate satisfaction. By saying so, the Buddha implied that eating at night would give the monks immediate pleasure, but it was an action he asked them to abandon.

“It is not appropriate for me to ask you to give up this and that if I had not realized what I am teaching,” the Buddha continued. “But I have realized through my wisdom the unwholesome states of what I am asking you to abandon.”

Undoubtedly, the Buddha’s advice to his ordained community is immensely beneficial to the lay community as well!

We have already sent a message about our grand Independence Day Commemoration event on Feb. 4.

Below are the video and photo links:

Thanks, Dhanushka and Hirantha, for video recording and photography respectively.

Expanded Driveway to the New Avasa

The driveway of the new Avasa was expanded this week by adding 32 feet long and 5 feet wide concrete extension (160 sq.ft.) connected to the present driveway. Following standard procedures, the workers drilled the right end of the present driveway and inserted iron rods into it before pouring concrete. Now the driveway is safe and broad enough to park four vehicles conveniently. 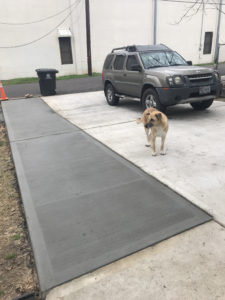 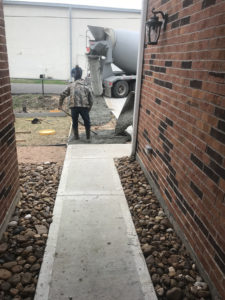 A Porch at the South Entrance of the Avasa

A porch is now being constructed at the south entrance (garden area) of the new Avasa. Concrete was poured this week. A commercial awning will be installed this month. The project is funded by Mr. & Mrs. Lionel and Swarna Silva family. 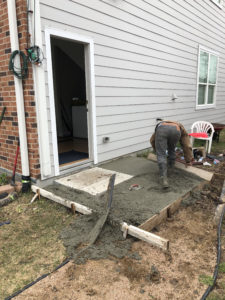 Sunday classes will not be held this Sunday. Next class day is Feb. 25.