How to Give a Successful Speech, According to the Buddha

While the Buddha was residing at Ghosita Monastery in the city of Kosambi, Venerable Ananda noticed one of the Buddha’s disciples, namely Udayi, addressing a large gathering of laypeople. Apparently, Udayi was not doing very well in his presentation, but he continued to talk to the gathering.

“One may find it difficult, Ananda, to make a successful presentation if one fails to place oneself in five positions,” the Buddha replied. Then, he gave the following five factors that make a speech attractive and appealing:

In a world where external modification of everything is overemphasized, the Buddha’s instructions on how to prepare the mind before one speaks should be appealing to anybody who intends to be a great speaker!

On May 19th of this year, Ven. Pannila Ananada Nayaka Thero, founding president of HBV, abbot of Attanagalla Rajamaha Viharaya, and Chief High Priest of the Four Koralas in Sri Lanka, completes 60 years of ordained life! A grand ceremony will be held on the same day in Sri Lanka to appreciate his incomparable service over the years. 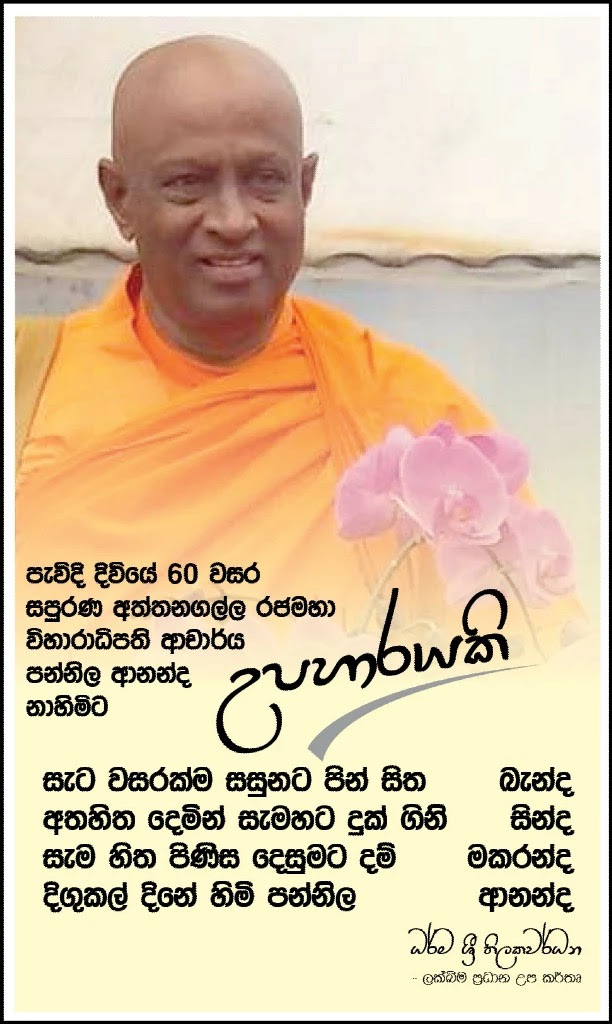 We will be sending a separate message about Ven. Nayaka Thero’s latest social services and charity work. Houston Buddhist Vihara wishes Ven. Nayaka Thero a long and healthy life to carry on his unique service!

Grand Vesak Ceremony This Saturday and Sunday (May 19th & 20th)

Everything is ready for a grand Vesak ceremony this weekend. Saturday’s program begins at 6:00 pm. A special addition to the Saturday’s program is the drama section: both children and adults will perform two dramas on an outdoor stage inside the Vihara premises.

What Is Needed for the Ceremony?

Please bring prepared food only if you have been requested individually. Otherwise, the Vihara needs the following items for the weekend:

Vesak at the Vihara: an Extraordinary Saturday Evening and a Serene Sunday