The Buddha’s Interpretation of Apology: Its Completeness, Depth, and Meaningfulness

You have heard that the Dhamma is well expounded and timeless. One particular discourse of the Buddha, among many others, stands out as a clear example to justify how true this statement is.

The Buddha is the first in the world to define, discuss, and clarify what a true apology is. You now find that the Buddha’s discussion of apology nearly 2600 years ago is clear, complete, and profound–and modern, of course.

“Sure, you have committed a transgression, . . . but you have seen it as it is. Further, you have apologized for your mistakes. Therefore, we pardon you. It is for your own progress that you see the mistake as a mistake, apologize for it, and restrain yourself in future.”

Notably, this advice of the Buddha provides a profound definition to apology. The wrongdoer should (1)  be able to reflect and see the gravity of his or her action, (2) express regret over the wrongdoing, and (3) make a determination not to repeat the same mistake. Such apology is acceptable on the basis that forgiveness facilitates self-improvement.

In a world where we increasingly point the forefinger at others (and consequently shut the door for self-investigation and reflection), this advice of the Buddha is an eye-opener. It is said that such abhorrent attitudes like racism, gender discrimination, and religious bias are diminishing among the educated. However, it does not mean that the educated are able to manage their ego. If practiced, the Buddha’s advice is a piece of gem to those people.

Again, according to the Anguttara Nikaya 1, a Panditha (the person with a highly developed personality) is the one who is able to see the mistake as it is, humbly accept it, and does the right thing to rectify it.

This Sunday (Dec. 17) is the final day of the year for regular Sunday school classes. As usual, the Puja begins at 8:30 a.m. followed by a brief meditation and Dhamma advice for children. Classes begin at 9:00 p.m.

The classes will have a happy ending for the year with a recital by the music students at 2:00 pm. Music teacher Dr. Lewkebandara says that the concert is open to the students of all classes, parents, and others.

Renovation of the dining hall of the Vihara is now in progress. We expect to open it on January 1, 2018 after the New Year blessing ceremony. Please see the pictures below.

A few weeks ago, the Vihara requested parents of all Sunday school children to participate in this meritorious deed.  Most of the parents with children attending the classes have so far donated around $10,000.00 altogether. The cost of the renovation is around $15,000.00.

By renovating the building, the Vihara expects to provide a safe, healthy, nice, and convenient place for the children to study and use and for the community to have annual ceremonies and Dana events. 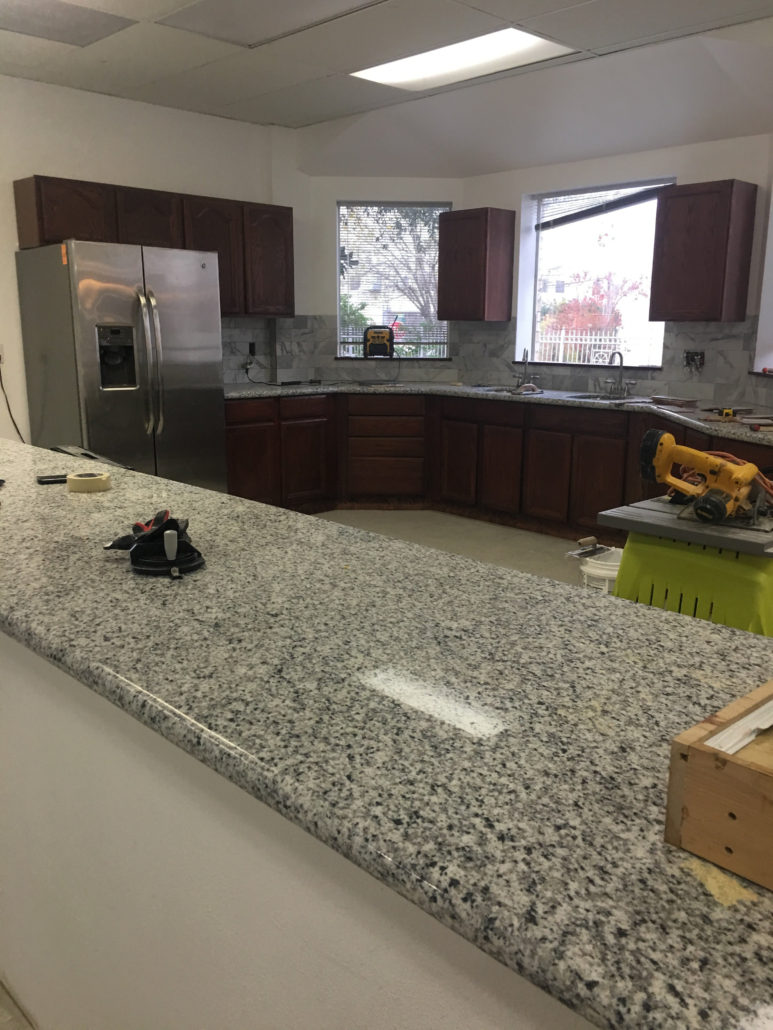